Whenever you upgrade from a previous cordova-android or cordova-ios version, your app’s build process could introduce several unexpected errors. This guide shows how to troubleshoot your build after upgrading the Cordova platform from your app.

To upgrade to Cordova CLI 8.1.2, open a command prompt and type:

Notice that 8.1.2 is the last CLI version that works with Visual Studio (with certain fixes). To install the latest cordova version use this command instead:

Upgrade the cordova-android version from your app

Notice for Visual Studio fellow developers: Starting with Cordova CLI 7.1.0, whenever you deploy to emulator or device the status bar might incorrectly show Deploy failed. You should disregard this label and instead look for the INSTALL SUCCESS and LAUNCH SUCCESS messages in the console output. 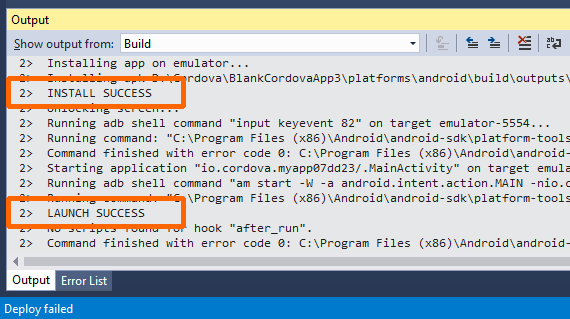 The generated APK files now will be android-debug.apk or android-release.apk, and will be present in the platforms/android/build/outputs/apk folder where Visual Studio expects to find it.

The supported Android API Levels and Android Versions for the past few cordova-android releases can be found in the following table. Taken from Cordova’s Requirements and Support page. 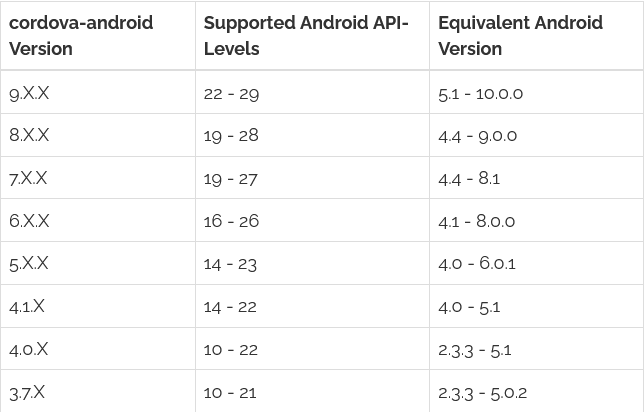